The Jam Doughnut That Ruined My Life

A jam-fuelled week of disaster is set in motion by a single doughnut!

Roman Garstang is obsessed with food – particularly Squidgy Splodge raspberry-jam doughnuts – but he is about to learn that things are not always as sugar-coated as they might seem. Because of his Monday-morning jam doughnut, Roman’s week takes a very sticky turn . . .

By Friday Roman has been banned from eating for 24hrs, narrowly avoided a faceful of warm toddler-wee, accidentally shoplifted, been given a lift in a getaway van, styled his teacher’s guinea pig with a blue mohawk, started an OAP riot . . . and still barely managed to scoff a crumb – or lick – of a single doughnut.

Who knew jam could be so deadly?. 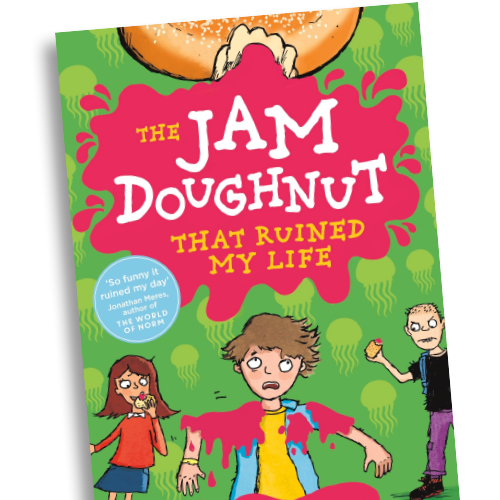