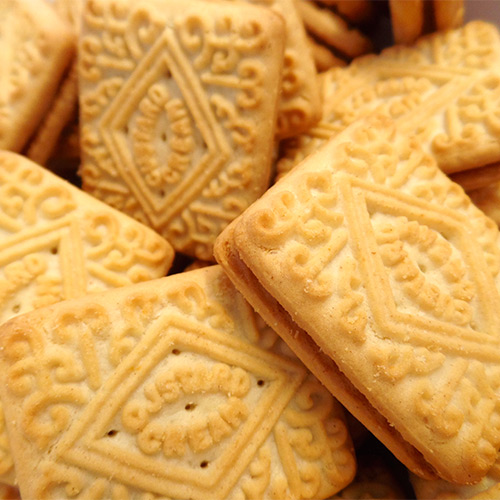 It’s been a while since I’ve put anything out on my blog. I’ve been busy polishing up my new book, which will hopefully be out next year. I can’t say too much about it but it’s all about a cake.

A lot of what I write seems to come back to sweet treats. I reckon that on a typical writing day I have at least four separate biscuit breaks. Today I had a bit of home-made banana loaf, a couple of custard creams and a three plain chocolate digestives (how do you like that for a healthy school dinner, Jamie Oliver???). As I was munching away on them, it made me think about something I put in the biography in my first book (Socks Are Not Enough). It was a list of my favourite biscuits:

If I’m lucky, when I go into schools, the librarians will sometimes serve up a selection of my top 5. This is extremely kind and I repay them by stuffing as many into my pockets as possible (not really). As I mentioned earlier, I smashed two of this list today, which was a rare treat.

Anyway, I’ve been stressing out this afternoon about whether or not this is my definitive top 5 anymore. 3 years have passed since then. I’m now married and a father of two with another one on the way. Am I the same man I was back then? Are those lovely librarians just serving up what the old me  used to like? I don’t ever want to seem ungrateful but what if they go to the trouble of buying me some lovely biccies and I say “No. They’re just not me anymore.”

It’s always a worry when you come back to old friends that they’ll tell you that you’ve changed. We all have to change in some ways but do the important things at our very cores that make us the people we are (like our favourite biscuits) stay the same? Sometimes they don’t.

Frankly, I scan this list and the first thing I think is, “Where are the chocolate hobnobs?” Was I insane? What was I thinking? Custard creams cannot possibly compete with the hobnob. 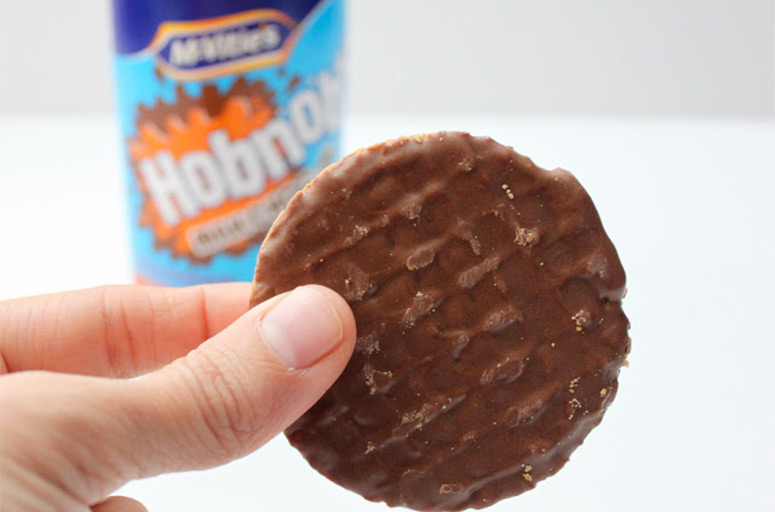 I mean, don’t get me wrong, I like custard creams. I’ve got nothing against them. I wrote a whole book about them (sort of). But if we’re compiling a list of elite biscuits then I’m afraid there’s no room for nostalgia. We’ve got to be brutal. This is the biscuit Apprentice, here. And… with regret, custard cream… you’re fired. You are a cheeky little fellow with a nice splodge of sweet… er… stuff in the middle but I’m afraid that you no longer cut it with the big boys.

The hobnob for me is like someone did Grand Designs on a digestive. It’s a real man-biscuit. It’s a biscuit Gordon Ramsey – made entirely of crushed up testosterone. If I want to be taken seriously as a grown-up man then I’m going to slot it in at number two. It doesn’t quite deserve top spot (for me nothing still beats the plain choc digestive) but only because you can only manage two or three before you start to feel ill (this doesn’t quite match up with me being a man, I guess). Digestives I can munch until the cows come home (which they never do in my house so I can carry on indefinitely).

I also think that the party ring was given a bit too much praise in the last list. Again, I love them but I’m a grown man now. I drive a Citroen Picasso for crying out loud. I can’t be seen munching on children’s biscuits, can I? It’s time to let them go, along with other childish habits like bedwetting and breaking wind in cups then forcing other people to drink from them.

But then again, what does this say about me? How can I possibly get down with the cool kids if I can’t relate to them? Am I really ready to say goodbye to all childish things? I’m only 34. I’m not 35. For another three weeks anyway.

Aaarrrgh. I feel like Louis Walsh, trying to get rid of one act, whilst the audience is chanting to let them stay. “OK. I’ve come to a decision. Party rings, you’re what this competition is all about etc etc”. Yes. The rings can stay. But only at number 5. I’m not a flipping charity.

What Louis does at this point in the show is suddenly throw someone out that the audience wasn’t expecting. He does it quickly, surgically and without emotion. So: “Milk chocolate digestives. You’re going home. I had to make a decision and I’m afraid you’re just not strong enough for the competition.”

It’s with a heavy heart I get rid of them. I mean. They’ve always been good to me. But the writing’s been on the wall. Plain and milk choc digestives have both been on offer for a quid at the village Spar for a year. I haven’t once opted for the milk ones. Tells you all you need to know.

So who takes their place? Bourbon? Er… no – we’re not behind the Iron Curtain here. Rich Tea? Ha! Maybe when I’m eighty. Those massive chocolate tractor wheel things you get in Christmas selection boxes? No. But only cos I don’t know what they’re called.

Nope. I’ve decided to go for a fruit shortbread. Controversial, perhaps for some, but I’m convinced it’s the right choice. I think that this is a good bridging-point biscuit into middle age. I don’t really eat many of them yet but I think that as I get older they’ll become a more and more important part of my life… a bit like life insurance and slippers. For me they’re the biscuit equivalent of Carson in Downton Abbey – dependable, stoic and a little bit fruity. Hmmm. The last bit didn’t quite work.

Now, after that hour of total self-indulgence, I’m off for a biscuit before I change my mind.