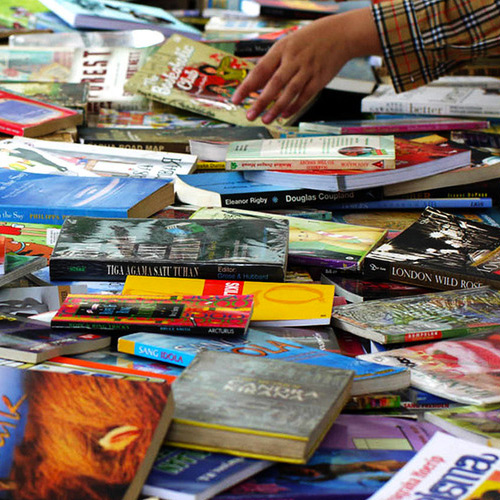 And how are you all? Is it too late to say Happy New Year? Hmmm… well, it’s still January, at least. There are probably a few nutters who still have their giant inflatable Olafs-from-Frozen out on their front gardens so maybe I can get away with it.

So, what have I been up to? Well, speaking of Frozen, like most parents of 4 year old girls, I’ve been watching it pretty-much on a loop since Christmas Day. It’s a wonderful film but there’s just one bit I don’t like. At the end, when Elsa breaks the curse and melts all the snow in Arendelle, the whole kingdom goes straight back into a lovely summer. I think I’d have preferred it if they’d had a few transitional days first when all the roads were covered in that really filthy slush you get as the snow’s melting. Maybe we could’ve had a few sorry-looking snowmen in gardens, a couple of days of chaos on the trains, people moaning about the dirt on their cars etc.

I’ve been doing a load of school visits over the last few months and one question I always get asked is “what are your favourite books?” or (from desperate parents) “what can you recommend for my child to read?”

I also always get asked “are you rich?” which I usually answer by pointing to my scruffy haircut and ten-year-old-clothes. That seems to draw a lot of pity from people, and I usually leave with some loose change and a small food parcel.

Enough of that, though. I guess, like anyone, my favourite book list changes all the time. There are also about 300 books of all different kinds on it. I love the Giant Jam Sandwich just as much as George’s Marvellous Medicine and The Godfather and so on and so on. But, to simplify, I’ll stick with some of my favourites for kids aged 10-14 (which I guess is the main age-group I’ve been writing for so far). Here goes (in no particular order…)

Holes (Louis Sachar) – for me this book is absolute perfection – funny, tightly-written and with a magnificent twist in the tale. It is like a lesson in how to write for kids and I’d recommend it to anyone.

The Dark Lord series (Jamie Thomson) – Bow down before your master, puny humans. Jamie Thomson’s books are terrifically clever, funny and with probably my favourite ever narrator. And he beat me to the Roald Dahl Prize, not that I’m still bitter about it. The swine.

Trash (Andy Mulligan) – this is all about kids who live on a dump, somewhere in the third world. It’s gripping, thrilling, moving, funny, sad and it makes you think hard about the world we live in. A truly fantastic book.

The Tom Gates series (Liz Pichon) – these books are clever and brilliantly-drawn and very, very funny. And I can definitely relate to Tom’s caramel wafer addiction…

Cosmic (Frank Cottrell Boyce) – I love Frank Cottrell Boyce. And this book is my favourite from him. Liam Digby is a strange fellow – over-grown, desperate for adventure, a little bit obsessive perhaps – and, after posing as the dad of one of his class-mates, he ends up going into space. Funny, clever, surprising and magnificent.

Geek Girl (Holly Smale) – I can relate to this book because I had a lot of similar experiences when I was scouted by a modelling agency and sent all around the world to pose in photo-shoots for aftershave and underwear. It’s very funny and sparky and – trust me – very realistic!

The World of Norm (Jonathan Meres) – in these books, Jonathan Meres perfectly captures the world of teenage boys. Whether you see them as very funny books for kids or a survival guide for their parents, these books are tremendous.

Socks Are Not Enough and Pants Are Everything (by the dangerously handsome Mark Lowery) – one day, civilisation will eventually destroy itself. Many years later, the last remaining survivors – mutated and desperate – will be scrabbling around in the wreckage of humanity, trying to find some tiny glimmer of hope from which to rebuild society. These books will be found amongst the rubble and heralded as holy texts, handbooks for the survival of the species and…

OK. Maybe not. But there’s nothing wrong with a bit of self-promotion, is there?

UPDATE! About 10 minutes after posting this, I realised I’d only gone and missed out three of my flipping favourites, which I guess is one of the problems in trying to write a list of your favourite anythings. But anyway, they are His Dark Materials by Phillip Pullman, The Hunger Games by Suzanne Collins and the Dustlands trilogy by Moira Young.

I genuinely doubt anyone else in the universe apart from me cares about this omission but I felt bad missing them out… Sorry!